Our plan for 2019 is to continue to collect Bibles for the Navajo Bible Project. However, due to the amazing response, Many Waters Mission has most of what is needed for the next couple of years! For our next trip we are limiting our selection to the following specific resources:

In December of 2007, I received a newsletter from Many Waters Mission which is located in a  former Catholic school in Waterflow, New Mexico, near the four-corners region. I have always taken the time to read these newsletters because I have experienced firsthand the integrity & faithfulness of Don & Lynn Cartwright, missionaries to the Navajo. Toward the end of their letter I read something that would radically change my involvement with their ministry.

In her letter, Lynn said that people often ask what the greatest need is on the reservation. Most people think that the most pressing needs are for practical things such as food, shelter, etc. Lynn disagrees. She said that the greatest need is Bibles. This comes as a shock to many people because we all know that you can purchase a Bible at Wal-Mart for less than $5. But, if you had your choice between buying a Bible – or food – for your child, on which would you spend the money? At one point there had been a company which had committed to providing Bibles for Many Waters Mission, but that was short-lived.

Some people had donated their old Bibles, but they often arrived with broken backs or torn pages or small print – not something that the Mission would want to give or receive! Would YOU like to receive a “gift” of a Bible that was marked up or torn? The mission hosts several outreaches each year, as well as overseeing the ministries of approximately 25 churches on the reservation. Food distributions, home visits, association with other local ministries, pastor’s conferences, etc. provide many opportunities to share the gift of Truth with people, but they didn’t have money or access to Bibles to give away. 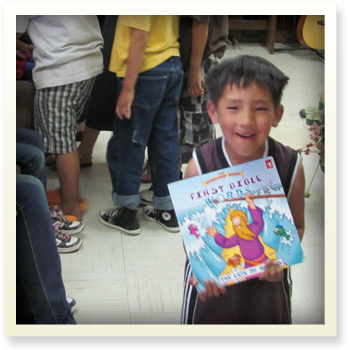 When I read this, I sensed the Holy Spirit saying, “What CAN you do?” He did not say, “WHAT can you do?” or “What can YOU do?” He said, “What CAN you do?” In other words, what is possible for Get the Word Out? My response was, “Lord, I have enough connections with individuals & local churches to provide ALL the Bibles & pastoral resources that Many Waters Mission will ever need.” And so it began…The Navajo Bible Project.

I began to spread the word, and within a year’s time, Get the Word Out! had mailed or personally delivered 3173 Bibles and pastoral resources to Many Waters Mission, most of which were in great condition! 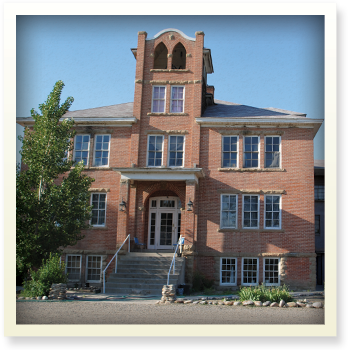 A GWO! short term mission team and I took 458 more Bibles & resources to Waterflow, New Mexico. The Bibles were sorted & marked by version & language (English and Navajo), & the resources were sorted in clearly marked boxes with labels that read “Commentaries,” “Concordances,” “Bible Encyclopedias,” “Devotionals,” “Children’s Bibles,” etc. When the MWM warehouse supervisor saw the boxes, this very tall, well-built man literally doubled over and began weeping. “No one has ever labeled a box; no one has been so organized, so attentive to the desperate need for Bibles for these people.” 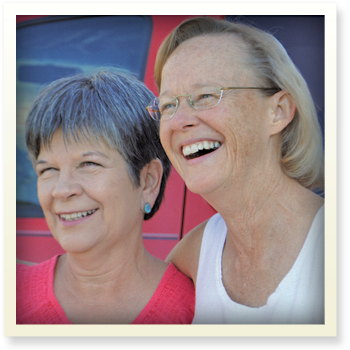 LaVern Sterling, Texan missionary to the Navajo, began sending us reports of Bible distributions throughout the year. In her own words: “I have been blessed for the past several years at Thanksgiving to distribute turkeys to families in the Navajo Reservation. This year was the most rewarding. Some very special people sent us Bibles… boxes and boxes of Bibles! I will never forget the expression on the faces of the Navajo people when they discovered that the Bibles were not only free, but that they could choose from any size, shape, version & color! The Bible table was surrounded & we were reminding some of them to get their turkey! Knowing how important that turkey was to their family… it was an absolute blessing to see that God’s Word meant so much more.” 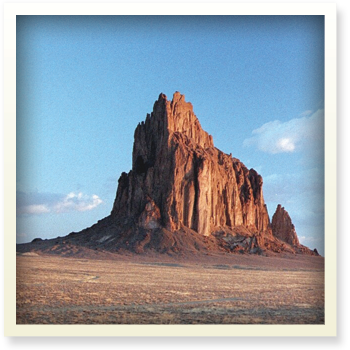 Shiprock Mountain, one of the Navajo holy mountains
May 2010
Another GWO! team & I took 813 more Bibles and resources to the reservation. We stayed a week & ministered to people through Bible studies, teaching God’s Word, home visits, work projects at the Mission and in local churches, visits to other ministries and encouragement to pastors. I had gone to the reservation this year with a question: “Lord, should GWO! continue with the Navajo Bible Project, or have we finished what You called us to do?” I got His response the first morning as we unloaded into the warehouse. When the door opened, the first thing I saw was empty space where the Bibles were stored. They had given most of them away! Then LaVern came in and asked, “Did you bring any giant print Bibles this time? I have 10 people who have been waiting for you to arrive, hoping you would bring giant print Bibles.” Pointing to a single box, I told her that those were all we had this time. Inside were 10 giant print Bibles!
Toward the end of the week, I got another confirmation to continue with the Navajo Bible Project. We secured a booth at the Shiprock town flea market and set up a table. They waived the $10 fee because we were giving rather than selling. For about 4 hours we talked with person after person about the Lord, and gave away about 120 Bibles! There was rarely a time when someone wasn’t at our booth inquiring about Bibles. Several conversations went something like this:
– Oh, Bibles! How much are they?”
– They’re free. We’re giving them away.
– I really like this leather one – it’s new! How much is it?
– It’s free – you can just have it. And if you know someone
else who would read a Bible, please take one for them, too!
– You mean, I don’t have to pay? I can just take it? What about
this study Bible – how much is it?
– They’re all free – you can have whatever you like. You’ll take
it home and read it, right?!?!
Needless to say, they were amazed, and blessed! Several people wrote down their names and very personal prayer requests; we prayed for each one, and then left the list with the people at Many Waters Mission so they could continue to pray. 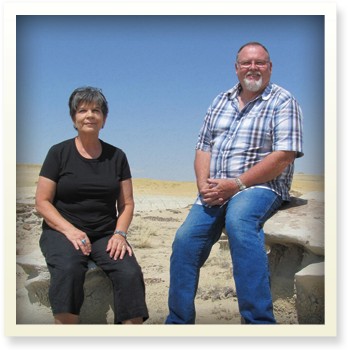 LaVern and Ricky Sterling
December 2010
LaVern and her husband, Ricky, spend about 6 months of each year on the reservation, ministering alongside Don and Lynn at Many Waters Mission. During December 2010, LaVern sent this report:
“We took the Bibles you had given & set up on a roadside between the Navajo and Hopi Reservations where we gave away cookies, bags with fruit and nuts, and also had a generator for hot chocolate and for carolers singing in Navajo (all a very big thing on the Reservation)… but when they sawthe big selection of Bibles… with text large enough to read, devotionals, children’s and teens…we had to assure them they really were free! One of the ladies warned us it would be spread all over the area, and sure enough we had a huge traffic jam on that little desert road. I kept thinking of all who contributed the Bibles, if only they could be there to see and experience the blessing of giving them away. It will be an ‘eternal’ gift for some.”
June 2011
A GWO! team & I took 1556 volumes! More churches & individuals participated during this year than ever before, AND more money was given to purchase new Navajo Bibles than ever before! The doors continue to open into areas of the reservation where we can provide the Truth of God’sWord to:
• Those with addictions
• Victims of domestic violence
• Troubled teens
• Families
• Christian 12-step programs
We also connected with the people who facilitated the development of the Navajo Inter-linear Bible which has both the English and Navajo languages. This resource is also helping the Navajo to learn to read their own very difficult language!
In addition to all this, Christian DVDs of Bible stories for all agesare being used in Bible studies, rehabilitation centers and outreaches. Each pastor has hard copies of all the resources they need. Audio Bibles in Navajo and English have been made available. And the doors continue to open ~ the favor of the Lord is with us as we freely distribute His eternal Word to these precious people. 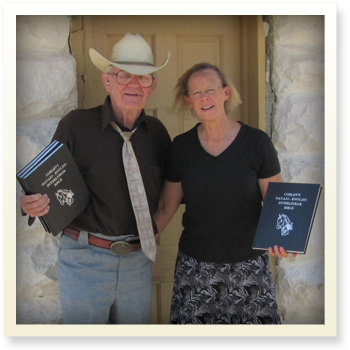 “We took the OT/NT Navajo Bibles to the Bible Study since we were studying the OT & I had them read scriptures relating to the study. There was more discussion than ever before! I believe this was due to understanding some critical words since they were reading their own language. We collected the Bibles after the class. We have given away all the Navajo Bibles but seven, & I plan to continue to use the remaining Bibles this way.”- LaVern Sterling

——————————————————————————-
Please prayerfully consider participating in the Navajo Bible Project!
Some good places to find these resources are:
• Your basement, book shelves or closet
• Thrift stores
• Library book sales
• Your friends at church (George Barna says that the average American Christian home has 9 Bibles in… we’re not reading all of them!)
• Christian school/home school projects
•Used book stores