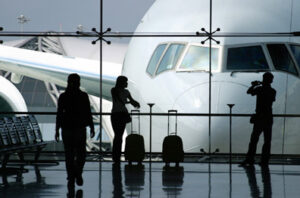 I saw two Catholic priests at the Denver airport, and then saw them again in Houston. Since we were waiting for the same plane to Chihuahua City, I approached them, asking if I could speak with them; they graciously consented and gave me their attention.
One of them could speak English well and began translating for the other straight away.
They were from Rome and had been teaching some seminarians in Denver. I asked them how their concept of God had changed through their years of ministry (they were both older than I), and how that had affected their teaching.
Their eyes sparkled with love and light as they began describing how they had learned that God is less “strict” and more merciful and patient than they had ever imagined. They both said that they now teach with much more hope and joy than they did when they were younger.
They relayed a story about two women in their 30’s who had approached them in Spain to thank them for being priests, and how surprised and blessed they were by that because of the prevalent anti-religion attitude in Europe.
We talked further about how important their job is to accurately represent the Father-heart of God, especially in regard to the worldwide destruction of the family. They strongly agreed, and later asked me to pray for the situation they would be facing in Chihuahua City.
It was definitely a mutually encouraging encounter.